We’ve had an abundance of delicious apples this season and so I wanted a recipe to showcase them, preferably in an easily portable package so we can take them to uni and work for lunches this week. These muffins fitted the bill perfectly, and smelled absolutely divine while baking. I love the crispy streusel topping as a contrast to the soft apple and fine crumb of the muffins. 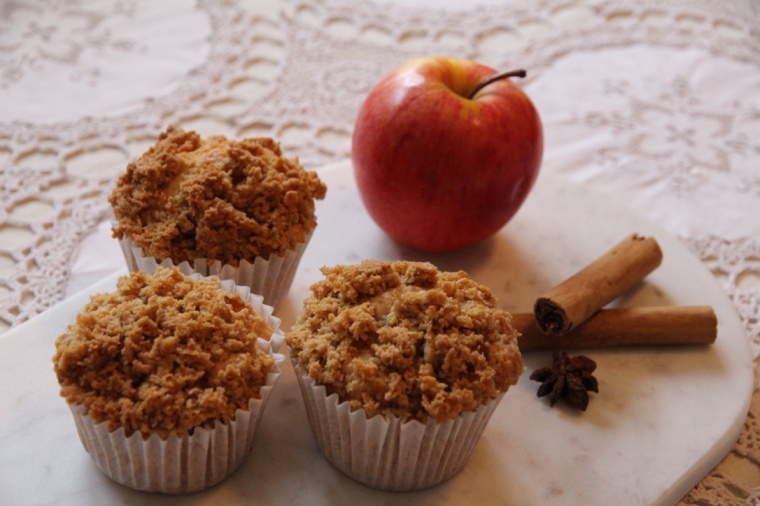 Method
Make streusel topping by processing flours, sugar and cinnamon. Add butter and process until combined. Roll dough into a ball, wrap in glad-wrap and freeze until required.

Sift flour, spices and sugar in a large bowl. Stir in the combined, extra butter, buttermilk and egg. Do not overmix. Stir in half the apple mixture.

Stand muffins in tray for 5mins before turning out, top-side up, onto wire racks to cool. Enjoy!

One thought on “Apple Streusel Muffins”