Inspired by the movie The Proposal which features some divine looking homemade cinnamon rolls, I decided to give making them from scratch a go. I did lots of research & eventually found a recipe on Pinterest which promised me a quick and easy bake using everyday ingredients. I was a little skeptical that they could possibly be considered ‘easy’, but they worked perfectly. The rolls are light, fluffy and packed full of sweet cinnamon flavour. They also fill your home with the most heavenly aroma and are especially amazing eaten fresh from the oven while still warm. 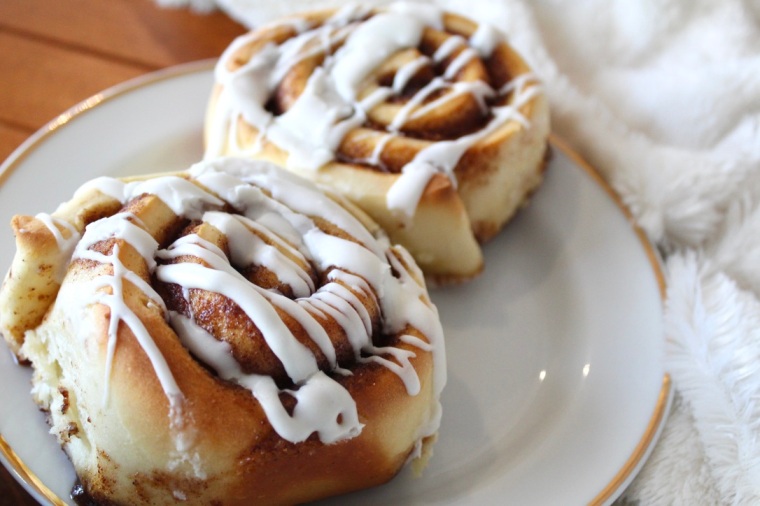 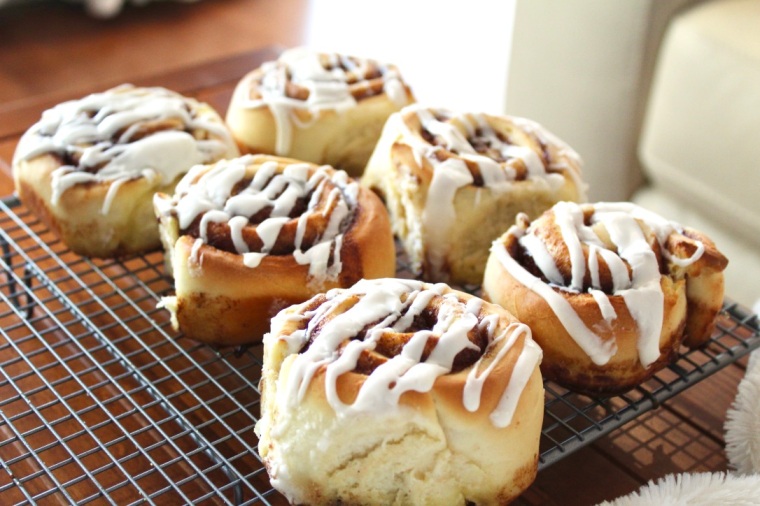 Method
Heat milk & butter in the microwave (about 1 and a half minutes) or until the butter is at least partially melted. Stir using a small whisk, and set aside.

In the large bowl of your stand mixer (using the paddle attachment), mix together 2 cups of the flour, the yeast and the white sugar. When the milk mixture is warm but not hot, add it to the flour mixture along with the egg and beat for about 1 minute, or until well combined. Switch to the dough hook attachment and add remaining flour until the dough barely leaves the sides of the bowl (it should be very soft and slightly sticky). Continue with the dough kneading for another 5 minutes. Turn dough onto a floured surface and let rest while you make the filling.

To make the filling, ensure butter is soft and mix in the brown sugar and cinnamon until you have a paste.

To assemble, roll the dough into a large rectangle (around 30cm x 35cm) and spread brown sugar mixture evenly over the surface. Roll up from the longer side of the rectangle and punch the edges to close. Score the roll into 12 equal pieces and then cut into rolls (dental floss can work well here!!).

Place into a 23cm by 33cm (or similar) pan that has been sprayed with cooking oil, cover with a clean tea towel and let the dough rise in a warm place for half an hour. Set oven to 180°C.

When the rolls have finished rising, bake for 15-20minutes or until light golden brown.

Make the icing by beating all ingredients together until smooth. Drizzle rolls with icing while still warm. Enjoy! 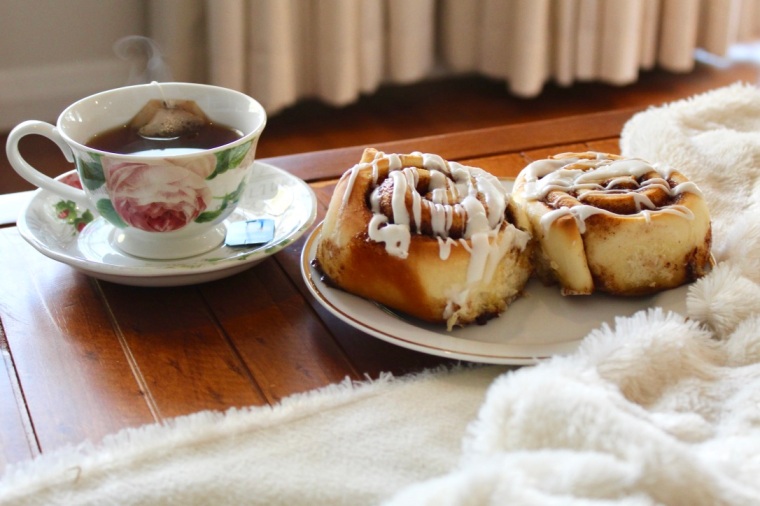 Adapted from the ‘Everyday Cinnamon Rolls’ recipe on ourbestbites.com 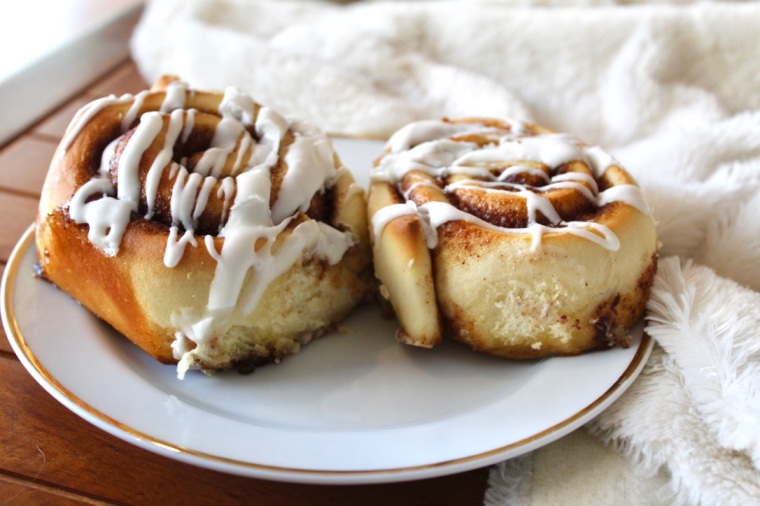 Notes:
– These rolls can be frozen at almost any point (before rising, after rising or when finished) and keep well in the freezer when covered in cling wrap and foil – then you have a delicious treat in a heart beat!
– If you don’t have a free standing mixer, use handheld beaters to combine the dough initially and then knead the dough by hand for around 7 minutes.

One thought on “Cinnamon Rolls”